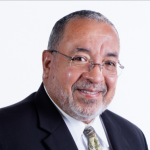 A loophole may make it a good place for foreigners to keep cash.

Some 65,000 Puerto Ricans left their bankrupt U.S. island commonwealth last year. A group of private bankers are moving the other way. Theyre increasingly opening offshore banks known as International Financial Entities, which were created by a Puerto Rican law in 2012. There are 44 IFEs now, with 18 opening in the past year, according to data compiled by the U.S. territorys financial regulator. Just in the last six months, weve probably closed seven deals for international banks, says Ryan Christiansen, president of Christiansen Commercial Real Estate, a brokerage based in Puerto Rico that leases office space.

Tax experts attribute at least part of the influx to a little-known loophole made possible by the IFE structure. It lets non-U.S. account holders put money in Puerto Rico anonymously and potentially avoid taxes at home even as they benefit from the stability and safety of the U.S. Thats become increasingly attractive because of a new global financial-disclosure system taking effect in September. Under the Common Reporting Standard, more than 100 countries have agreed to automatically provide to one another annual reports about accounts belonging to people subject to taxes in each member nation. Previously, they mainly shared information on request, making it harder to identify suspect accounts. Much like the U.S.s Foreign Account Tax Compliance Act, which requires foreign banks to report on Americans with accounts, the CRS initiative is meant to combat the use of offshore bank accounts to evade taxes.

The loophole arises from quirks in various international disclosure agreements. First, the IFEs arent subject to the CRS reporting process because the U.S. hasnt signed on to it, opting to stick with its 113 separate bilateral agreements. But the IFEs dont have to comply with these because Puerto Rico, like all U.S. territories, is excluded from those deals. Puerto Rico provides substantial confidentiality protection for foreign individual investors, according to Tim Richards, whose law firm, Richards & Sanchez, specializes in international tax law.

IFEs arent immune to official scrutiny, of course. As U.S. institutions, they must report suspicious financial activities and help U.S. government agencies stamp out money laundering, says a spokesman for the IRS. Theyre also required to cooperate with IRS inquiries, but IFEs dont collect information about non-U.S. individuals with accounts if their assets are held through offshore companies or trusts. As long as these dont have U.S. shareholders or U.S. income, the identity of the ultimate owner doesnt have to be routinely reported to the IRS. For foreigners who hold such accounts, there is no reason that a Puerto Rican IFE should be in possession of such data, Richards said in an email.

To take advantage of the loophole, a non-U.S. client sets up a shell company or a trust to hold assets. That entity then deposits funds with a Puerto Rican IFE. Once set up, its a huge way for people to avoid CRS reporting, says Alan Lips, a partner at Miami-based accounting firm Gerson Preston.

Mark Henny, chairman of Fairwinds International Bank LLC, an IFE that opened last year, traded an office on the eastern shore of Lake Zurich for a suite in an office park in San Juan, the islands capital. Business is booming, Henny said in an interview with the investment news website Citywire in January. His banks clients are mainly Europeans, and he expects to expand towards Latin America and perhaps Asia, he said.

Henny declined to comment, according to the firms chief executive officer, Sebastian Couturier, who also declined, citing travel schedules. Henny told Citywirethat Fairwindss speed of service and the stability and protection of the U.S. legal system were among the reasons clients were attracted to the firm.

Another attraction may be how Puerto Rico treats investments by foreign citizens: That money isnt subject to tax there. (The IFEs that hold those investments are taxed at just 4 percent of profits.) The 2012 IFE Act was introduced to draw U.S. and foreign investment to the island, where half the population lives in poverty. Assets held by IFEs totaled $848 million at the end of March, up $150 million since the end of 2016, and more than double the amount at the end of 2015. IFEs have attracted insurers, brokers, and banks, among other legitimate operators, according to George Joyner, the commissioner of Puerto Ricos financial regulator. He stresses that IFEs are subject to U.S. federal regulations and fall under IRS jurisdiction. Puerto Rico is not and does not intend to become a fiscal tax haven, Joyner wrote in an email.

Other parts of the U.S. have attracted foreign cash as traditional destinations such as the Bahamas, Grand Cayman, and Switzerland respond to global pressure to crack down on secrecy. Some banks are wooing foreigners to put money in Nevada, South Dakota, and Wyoming with promises of confidentiality as long as they arent aiming to evade taxes abroad. Some desire for privacy isnt unreasonable, regulators and wealth advisers say. Confidential accounts may protect against kidnappings or extortion in countries where law and order is tenuous.

The biggest hurdle to setting up an IFE is establishing correspondent relationships with other banks, which IFEs need in order to send or receive money from around the world. Many global banks are wary about working with financial institutions in a region perceived as carrying regulatory and money laundering risks. Otherwise the requirements arent arduous: paid-in capital of $250,000 and an office in Puerto Rico with at least four employees.

IFEs can be a great asset to Puerto Rico, or they can be poison if not properly regulated, says Nick Prouty, whose firm, Putnam Bridge, is investing in the territory. He says accounts in the offshore banks ought to be closely watched to ensure Puerto Rico does not become the next Panama Papers story. With assistance from Rebecca Spalding and Jonathan Levin

BOTTOM LINE – In the past year, 18 offshore banks opened in Puerto Rico, which falls between the cracks of some international financial disclosure agreements.

6 financial mistakes people make when applying for a mortgage 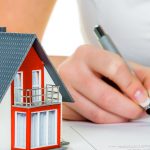